What is Ice Wine? 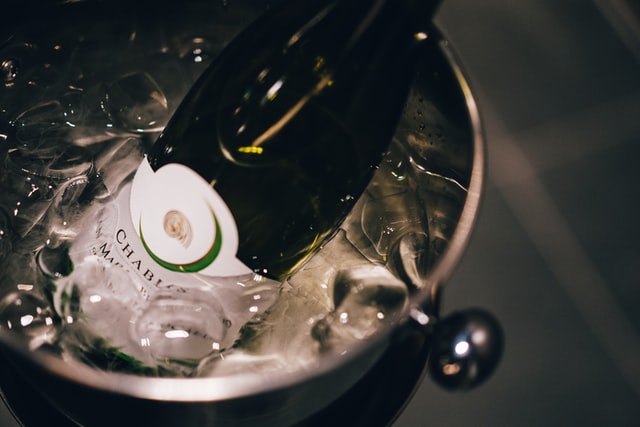 When one thinks of ice wine, images of ice cubes in glasses of wine come to mind. But ice wine, or ‘Eiswein’ in German, is actually a sweet dessert wine that is most commonly produced in regions where the climate can turn from warm to cold very quickly.

Crediting the person who invented ice wine can be a little confusing. Most accept that the modern version of ice wine that we know and love today was first produced by winemaker Walter Hainle in the Okanagan Valley of British Columbia in 1972. It is said that he invented ice wine after an early and unexpected frost froze his crop. But, as you will see, 1972 wasn’t really when ice wine was invented.

When was Ice Wine Invented?

Hainle was a German immigrant, so many believe he was trying to recreate the Eiswein he used to enjoy in his native country. The first Eiswein is believed to have been made in Germany in as far back as the late 1700s when freezing weather struck before the grape crop could be harvested.

How is Ice Wine Made?

Ice wine gets its name because it is made using grapes that have been frozen while still on the vine. Traditional ice wine is most made from Vidal, Cabernet Franc, Riesling, and Gewurztraminer grapes because these varietals have high acidity levels. This is intentional because the higher acidity helps balance the wine, so the finished product is not overly sweet. More recently, however; winemakers have started experimenting with other varieties of grapes, including Seyval Blanc, Pinot Blanc, and Chardonnay.

Once the grapes are ready for harvest, they are de-stemmed and pressed while still naturally frozen. During the pressing process, the highly concentrated sugary grape juice is separated from the frozen water before the fermentation process begins. It can take anywhere from three to six months to make ice wine.

Ice wine’s sugar content is so high that not all of it gets converted into alcohol during fermentation. The result is a sweet wine with an alcohol content that is typically 12% or lower.

Ice wine is one of the sweetest wines you will ever taste. How sweet? It has almost double the sweetness of Coca-Cola. For this reason, it is most enjoyed as a dessert wine. Its intense sweetness and high acidity allow it to pair best with subtle tasting, but high fat desserts like cheesecake, ice cream, pound cake, fresh fruit panna cotta, and white chocolate mousse. The higher fat content of these desserts helps balance ice wine’s flavor profile, which typically includes strong flavors of honey, citrus, peach or dried apricot, and tropical fruits like mango.