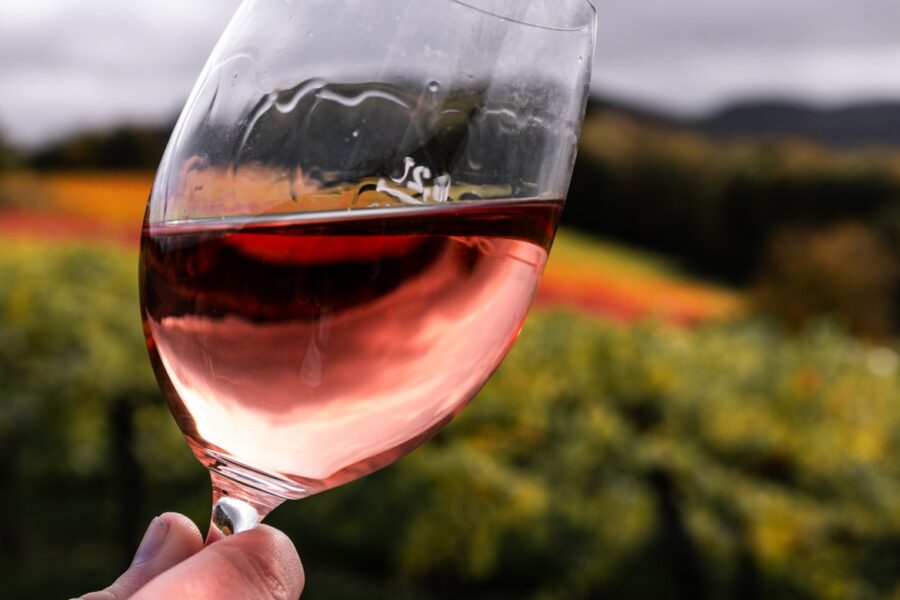 Pick up a couple of different bottles of wine at your local spirits shop and you will probably see two words commonly appear on the labels – Contains Sulfites. The fact that it is blatantly mentioned the way it is could lead you to think that sulfites might be a potentially harmful ingredient. But what exactly are sulfites, and are they somehow bad for your health?

Sulfites might sound a little intimidating, but it is essentially another word for sulfur dioxide (SO2). In the wild, plants naturally produce sulfites to help protect themselves against diseases and microbial infections because of their antioxidant and antibacterial properties.

What are Sulfites in Wine?

In winemaking, and in other areas of food making and packaging, sulfur dioxide is a common additive because it works as an effective preservative. It is very good at keeping products from oxidizing, so they stay fresher longer. Because sulfur dioxide is naturally produced in plants, the compound is also released by grapes during the fermentation process.

The consumption of sulfites is generally harmless for most people but there are a some who might want to avoid them. For instance, people who are allergic to sulfites and those who suffer from severe asthma should avoid them. Also, approximately 1% of the U.S. population is sensitive to sulfites, meaning they do not have the enzymes necessary to break down sulfites in their bodies. Thus, these people should also avoid wines and other foods containing sulfites.

Most wine contains sulfites ranging from about 5 mg/L to about 200 mg/L. In the United States, there is a limit as to how much sulfite a wine can contain. Currently, the maximum legal limit is 350 mg/L.

On average, a good quality dry red wine typically contains anywhere between 50 mg/L and 75 mg/L of sulfites. Low sulfite red wine and other darker colored dry wines need fewer sulfites than white wines and other clear wines because the tannins they contain already serve as natural antioxidants. But, if the red wine has a higher sugar content, then sulfites are generally added to help prevent the sugar from causing a second fermentation.

The average good quality dry white wine tends to contain around 100 mg/L of sulfites. This is slightly more than what is contained in red wine simply because white wine doesn’t contain the natural tannins that red wine does. Just like with sweetened red wines, more sulfites are added to white wines that contain sugar to stop a second fermentation.

If you are concerned about sulfites, then your best bet is to choose dry red or low sulfite white wine because they don’t contain as much added sugar, if any. Or you can choose one of the many no sulfite wines that are becoming increasingly popular.

It used to be hard to find a no sulfite wine at your local spirits shop, but today, they are more readily available. That said, it is important to know what “no sulfites” means in the winemaking world because the labeling can be a little misleading.

Remember earlier when we said sulfites were naturally released during the fermentation process? The truth is all wine contains some level of sulfite, even those vintages classified as sulfite free.

When a wine is labeled as sulfite free, it means that the wine meets two requirements – it contains no added sulfites and its natural sulfite levels are below a legally defined threshold. As a result, organic wine is what you will want to drink if you want to keep your sulfite consumption as low as possible because organic wine contains no added preservatives, meaning the only sulfites included are those that are naturally released by the grapes during the winemaking process.

Yes! You're one step closer to making your own barrel of wine!🍷
Enter your information below and tell us a little bit about your favorite wine and how many people you'd want to have join you.